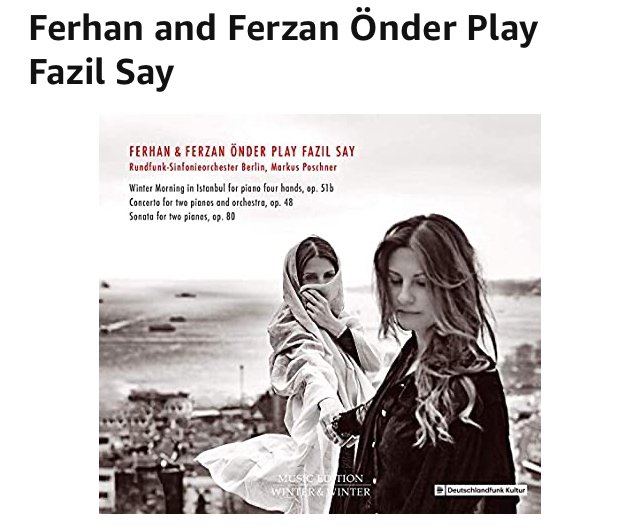 In 2018 Fazil Say composed for Ferhan and Ferzan Önder the Sonata for two pianos, Op. 80, which was premiered in January 2019 at Fondation Louis Vuitton in Paris. This was the missing piece of the mosaic to realize this concept album. Ferhan and Ferzan Önder have been closely associated with Fazil Say for decades. Already in 2013 they have premiered Winter Morning in Istanbul. The Double Concerto, Op. 48 was also written for them. During the creation in May 2013 the Gezi protests have shocked Turkey. The events also influenced Fazil Say. The Önder twins: He asked us what we would think if he renamed the concerto for two pianos and orchestra Gezi, which was very exciting news for us! With this work we hope to contribute something to a peaceful, human, free and democratic world. The CD focuses on this Concerto for two pianos and orchestra. Winter Morning in Istanbul is the opening piece and the Sonata op. 80 closes this extraordinary homage to Istanbul.